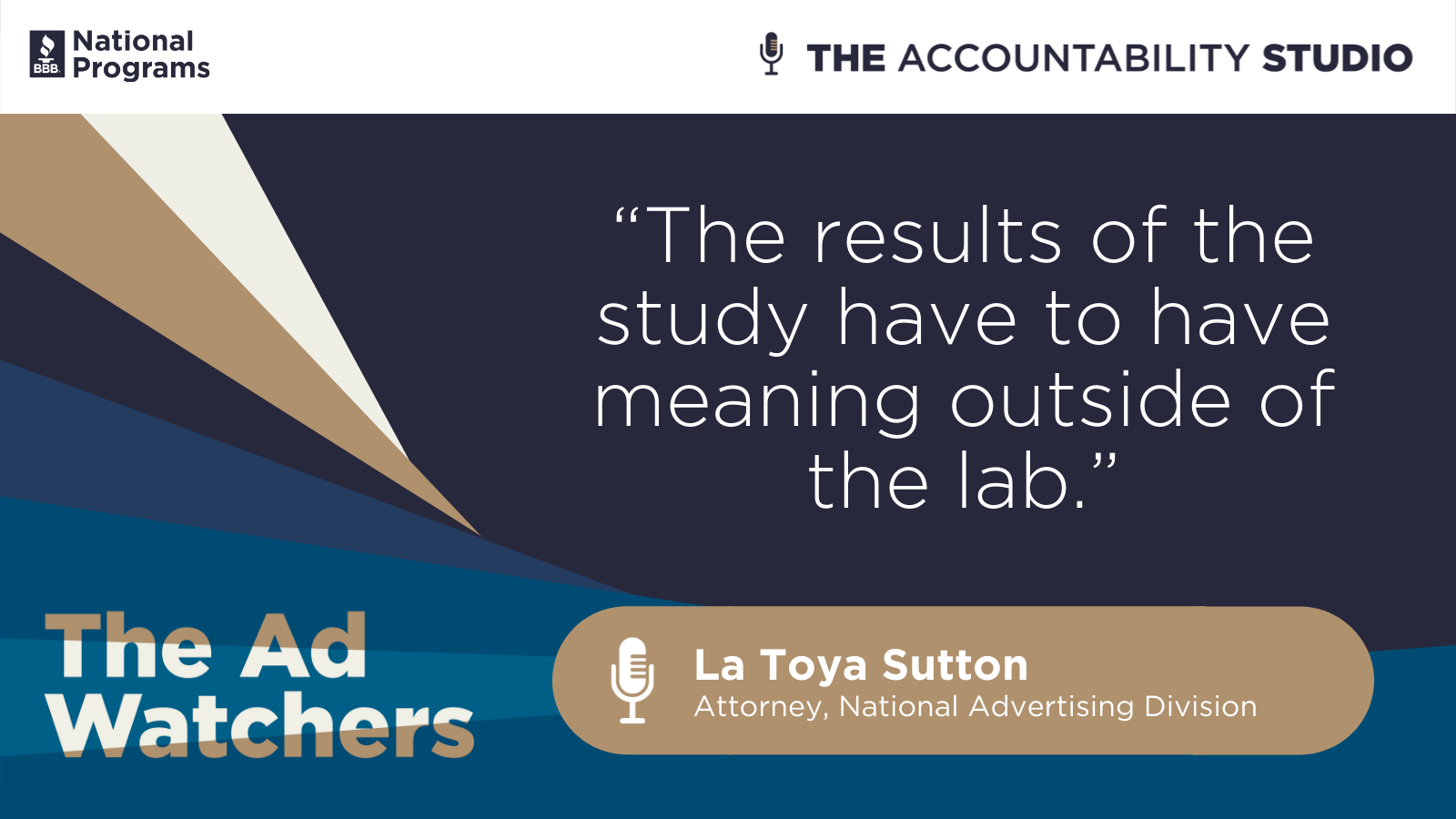 In the final episode of season one of Ad Watchers, the National Advertising Division (NAD) of BBB National Programs podcast series, hosts Hal and La Toya discuss health claims. These are any claims related to human health or wellness. These claims have a unique position in advertising claims substantiation because they require competent and reliable scientific evidence, also known in the industry as “CARSE.”

Hal and La Toya walked listeners through two key understandings of CARSE: how the Federal Trade Commission (FTC) often defines it and how, based on that definition, NAD boils it down during cases.

As they explained, the intent is to have results that reflect how the product will work in practice. Hal stated that when there is a claim about human health, the studies or evidence should focus on how a product benefit works in humans. He emphasized that without a study on humans, there needs to be a strong reason that supports why the evidence alone will do what it says. He also addressed other components.

La Toya reminded listeners that, just as they said in the first episode, NAD does not make the rules. When addressing health claims, they are not trying to take the place of scientists or get ahead of scientists and experts in the field. Instead, the focus is on determining if studies meet the established scientific standards and whether they are a good fit as support for advertising claims.

After laying the groundwork for the episode, Hal and La Toya shared what they think and talk about when considering what makes a good study.

After going through these considerations, La Toya cautioned advertisers that they should not issue a claim that goes beyond what they have demonstrated in their study. She then reminded listeners that the analysis they discussed during the episode for claim substantiation “is separate from any other meeting of regulatory requirements. Many products that are in the health and wellness space particularly are subject to the regulations of the FDA, EPA, and just other government regulatory bodies.”

In their final remarks of the episode, Hal and La Toya thanked listeners for tuning in to the first season of Ad Watchers and reminded them that they could visit the BBB National Programs website for more information about NAD and other self-regulatory programs. They also teased up the return of Ad Watchers in 2022.