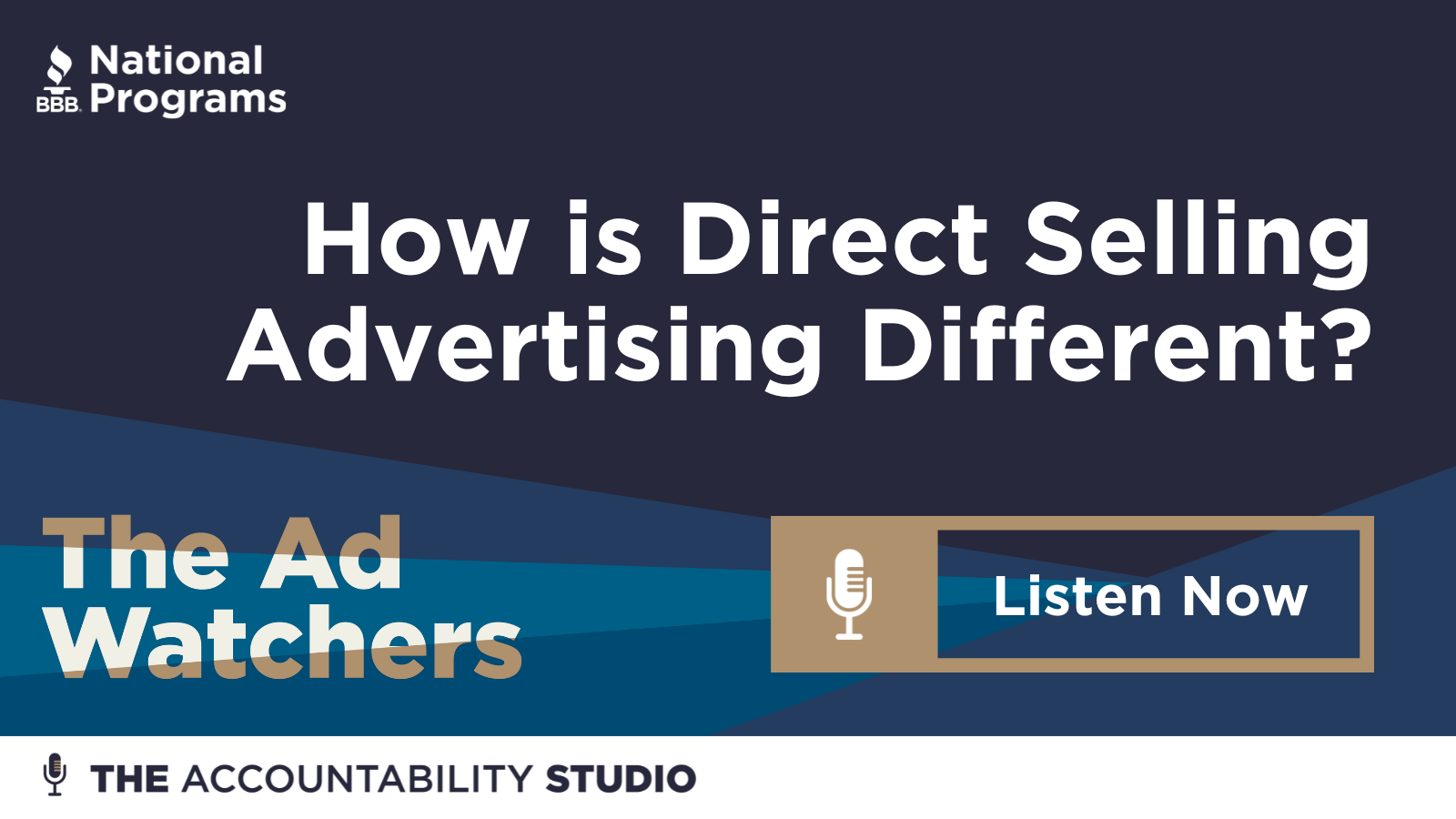 For years, the direct selling industry carried a stigma of frauds and pyramid schemes, but in 2019, the Direct Selling Association decided to take control of its reputation. They enlisted the help of BBB National Programs to develop a self-regulatory program. From this partnership came the Direct Selling Self-Regulatory Council (DSSRC).

In this episode of Ad Watchers, hosts Eric and Annie are joined by the Vice President of the DSSRC, Peter Marinello. Peter shares with listeners how the DSSRC has worked to support the direct selling industry. Listen now to understand self-regulation’s impact on the market and what to expect during a direct selling self-regulatory case. 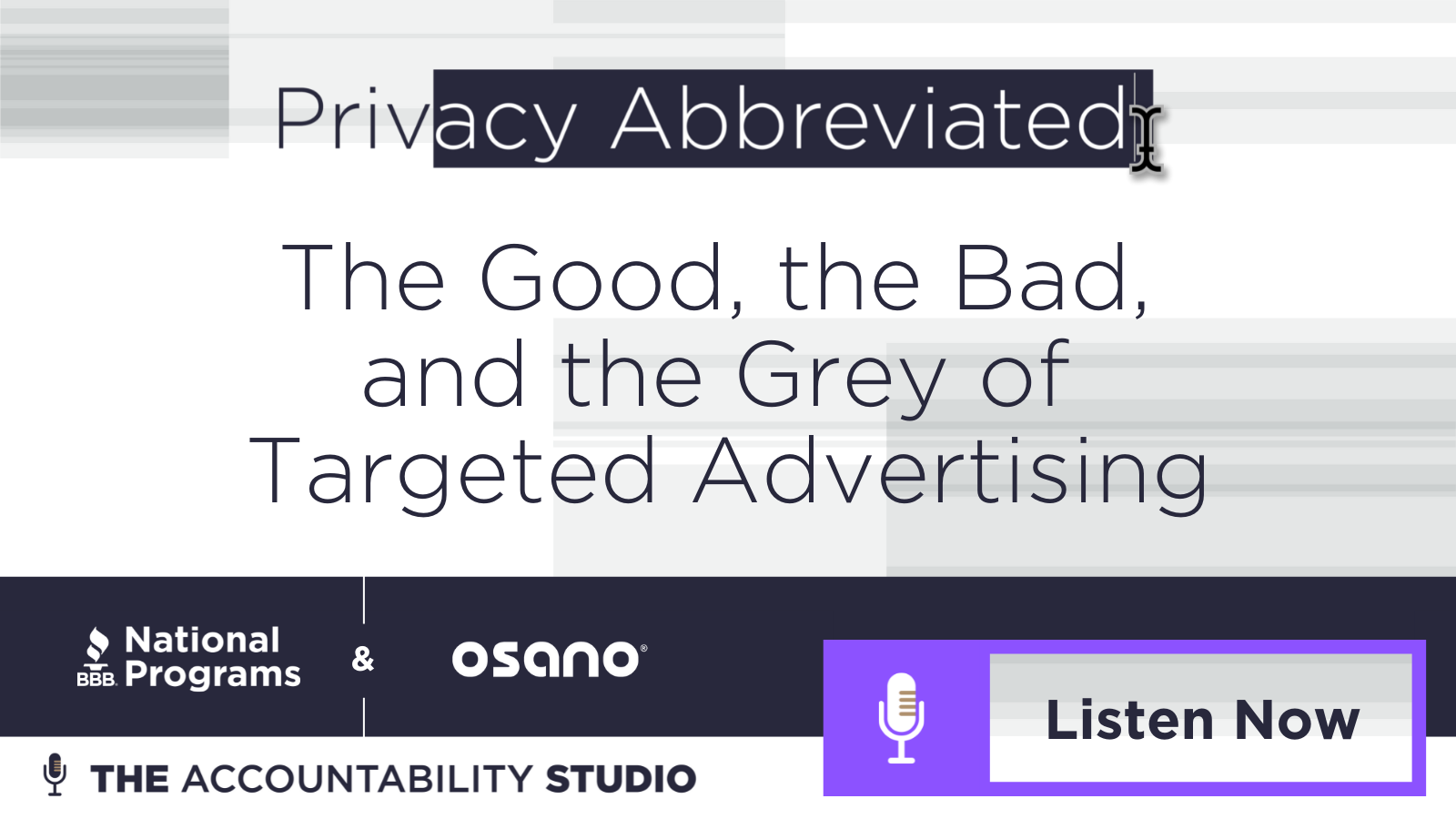 As a consumer, do you see value in targeted advertising or are you creeped out by marketers tracking you across the internet?

In this episode of Privacy Abbreviated, hosts Catherine and Dona are joined by the host of the MarTech Podcast and founder of I Hear Everything, Ben Shapiro. Together, they discuss how small and medium businesses (SMBs) should use targeted advertising without crossing legal boundaries or scaring away customers. Ben offers insight into where he sees the marketing industry headed and how advertisers can prepare for emerging privacy laws. Listen now to learn how to provide continuous value to your audience, how to keep them engaged, and how to keep them coming back for more. 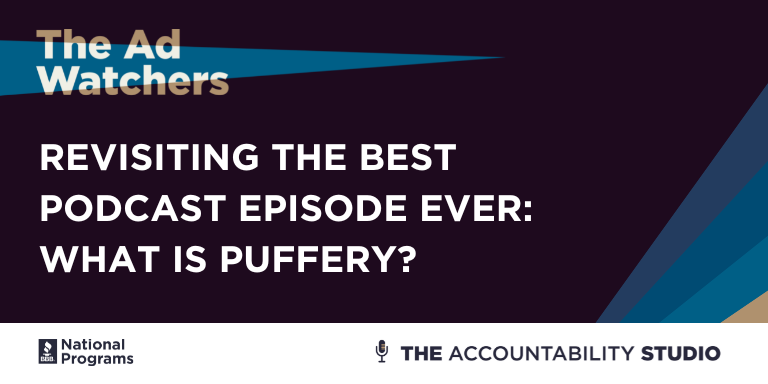 When you hear a claim in an advertisement like, “best in the world,” you probably know that the product has not been measurably proven to actually be the best in the world. And that’s okay, because this is an example of puffery, an exaggerated, blustering, or boastful statement or general claim that could only be understood to be an expression of opinion, not a statement of fact. But where is the line between puffery and a claim that needs a reasonable basis?

In this episode of Ad Watchers, hosts Eric Unis and Annie Ugurlayan revisit a fan favorite episode from season one. Listen to hear Hal Hodes and La Toya Sutton break down the questions they ask to determine whether or not a statement is puffery. Later in the episode, they are joined by none other than current host Eric to judge the Battle Royale of Puffery: each host presents cases that illustrate various types of this practice. Tune in to hear which of our hosts has the best examples of puffery in the universe! 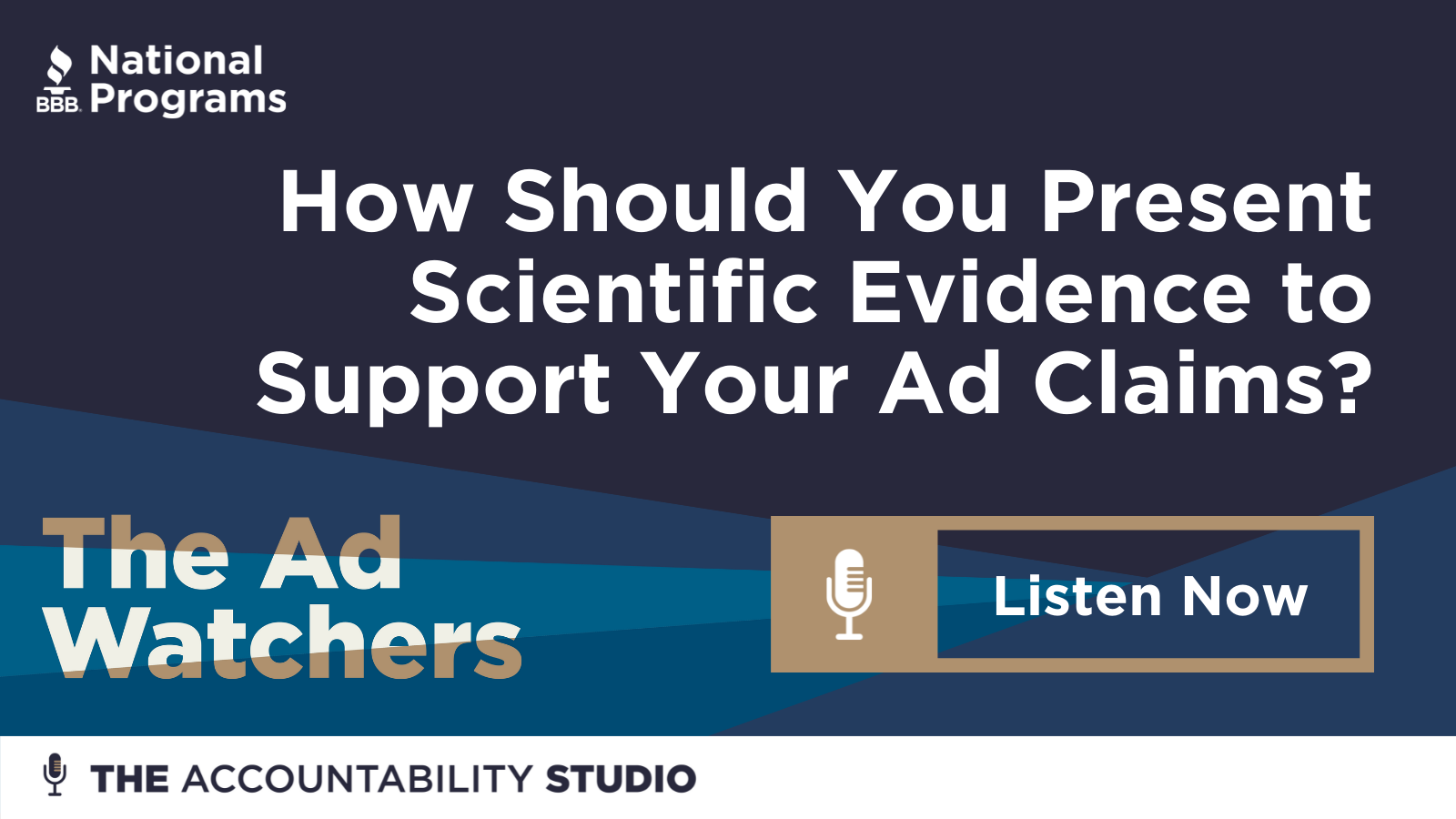 Understanding how to present scientific evidence in a substantiation case can be difficult, especially when the data is complex or no industry standard exists.

In this episode of Ad Watchers, the hosts discuss a complex topic: how should marketers put scientific data to use? They answer this question by diving into different types of scientific evidence and which types of claims they support most effectively. For instance, they provide insight into when to bring forward an expert witness and the supplementary evidence needed to support their opinion. Statistician Tom Rosholt also joins them to share an analyst’s approach to presenting unbiased and reliable data. Listen now to learn what to expect when presenting a case at NAD. 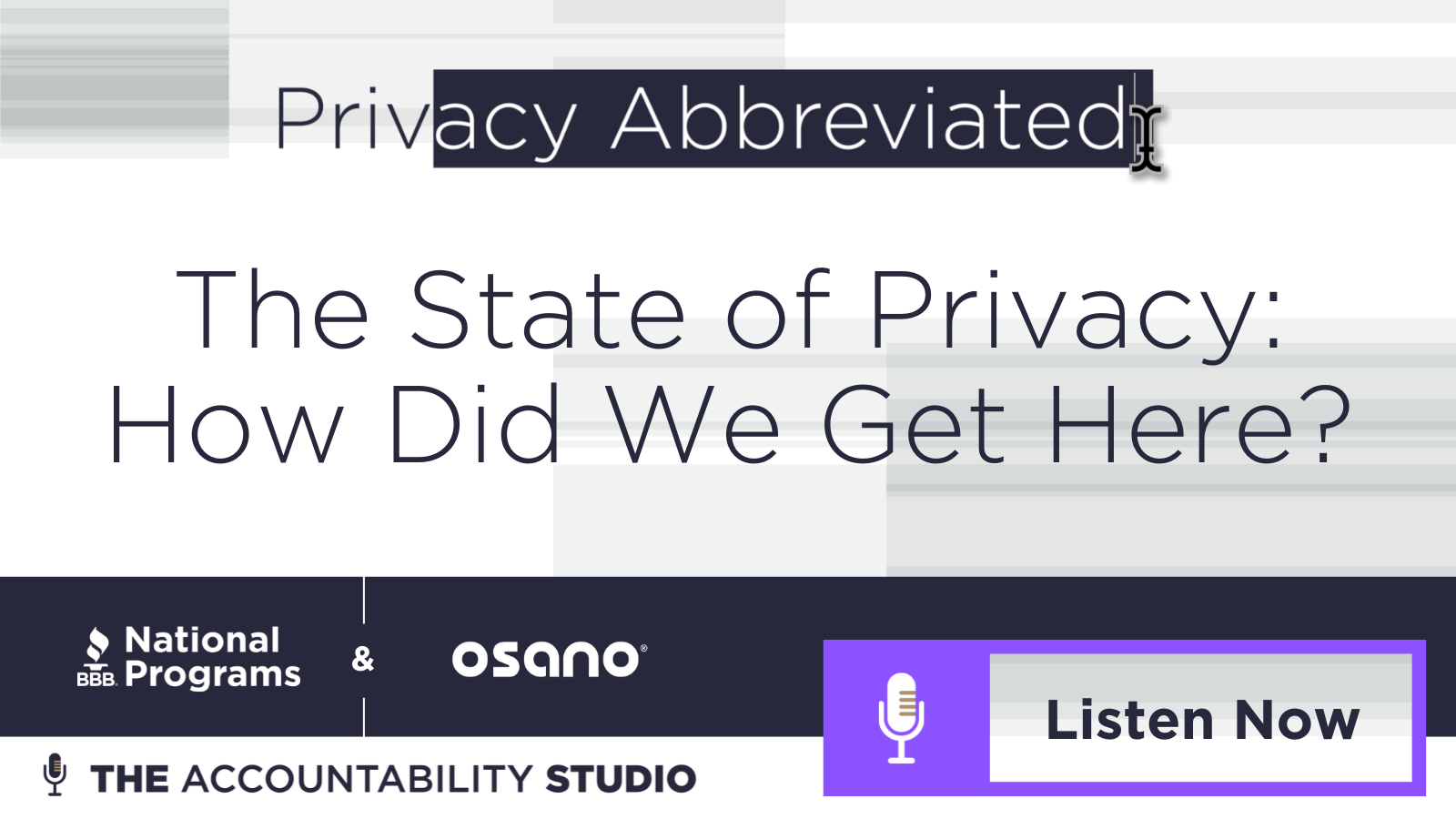 Looking back even just five years ago, the privacy landscape looked nothing like it does today – there was no General Data Protection Regulation (GDPR), no California Consumer Privacy Act (CCPA), and the demands on businesses were much different.

In the first episode of Privacy Abbreviated, hosts Catherine Dawson and Dona Fraser are joined by Daniel Solove, a law professor at George Washington University and founder of TeachPrivacy, to explain how we got to the landscape we see today and talk about what this means for businesses. They offer insight into the key differences between U.S. and E.U. privacy standards, what legislation is on the horizon, and how to build a strong privacy program that sets businesses up to comply with changes as they come.