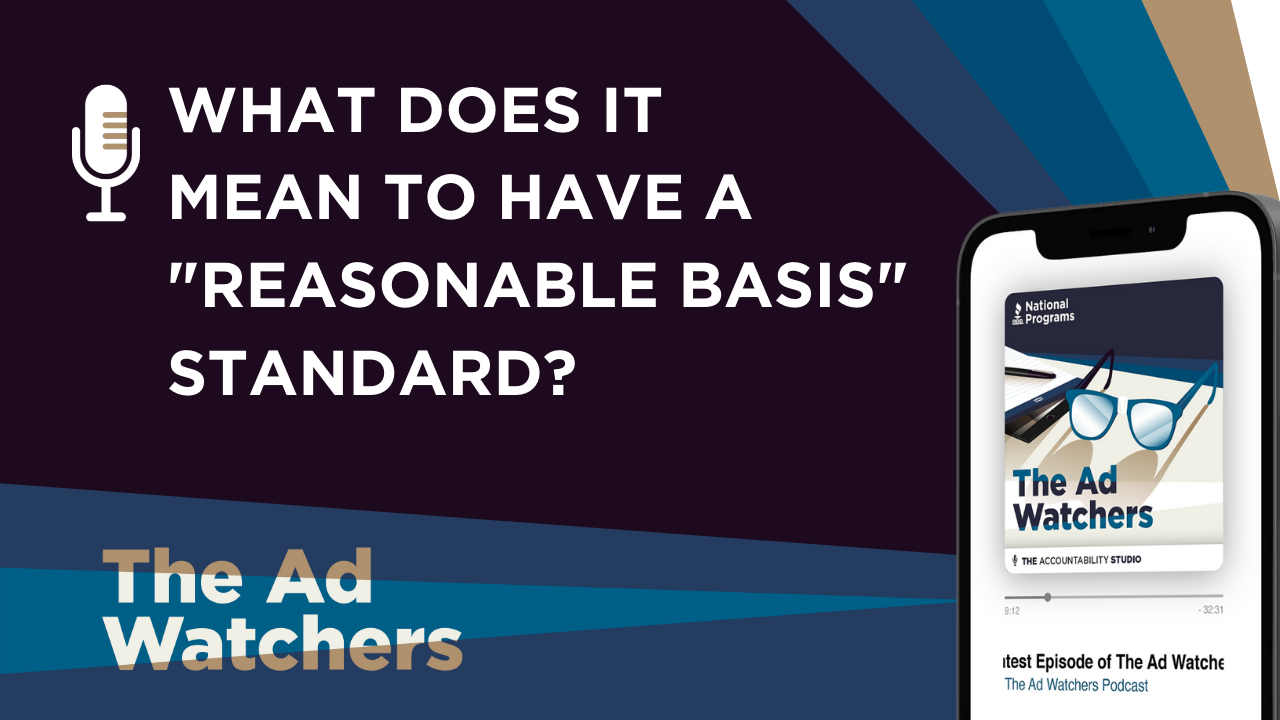 During the second episode of the Ad Watchers series, hosts Hal Hodes and La Toya Sutton engage their listeners in an insightful conversation about the importance of advertisers having a “‘reasonable basis” for their claims. They dive deeper into this topic by defining “reasonable” and what this calls for regarding the level of support and type of evidence needed to substantiate a claim.

For purposes of this episode, Hal and La Toya explained that the standard for defining “reasonable” is the Pfizer Factors.

The Pfizer Factors were  first outlined by the Federal Trade Commissions (FTC) in a 1972 case and are listed below:

These are the guiding factors of Advertising Substantiation, memorialized in a 1983 FTC policy statement discussing establishment claims.

The Pfizer Factors are a flexible standard. Hal explained that its position as a flexible standard means, “it goes to optimizing for consumers the effect of this rule, this standard. If this were a rigid standard, it wouldn’t necessarily match the optimized amount of truthful advertising that a consumer would get.” This allows advertisers to maximize truthful information and minimize unsupported details.

Hal and La Toya walked through each of the factors, discussed what they are, how NAD looks at them, and how they are understood.

To bring the episode to a close, Hal and La Toya stressed that when using Pfizer Factors as a standard, they should be considered in how each aligns versus reviewed in isolation. They also encourage advertisers to always think about industry standards to understand reasonable and regulatory guidelines.