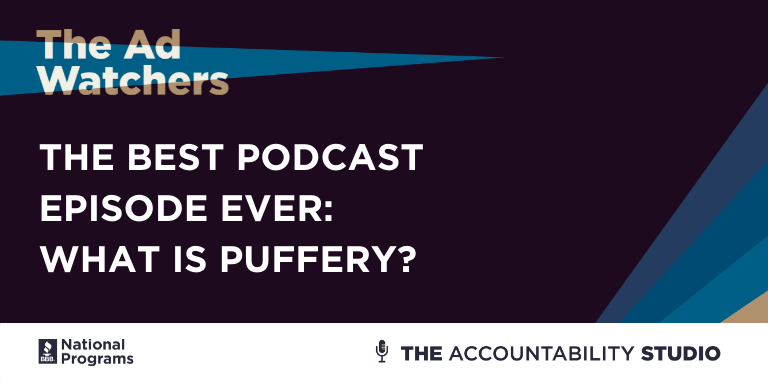 When you hear a claim in an advertisement like, “best in the world,” you probably know that the product has not been measurably proven to actually be the best in the world. And that’s okay, because this is an example of puffery, an exaggerated, blustering, or boastful statement or general claim that could only be understood to be an expression of opinion, not a statement of fact. But where is the line between puffery and a claim that needs a reasonable basis? In this episode of Ad Watchers, hosts Hal Hodes and La Toya Sutton break down the questions they ask to determine whether or not a statement is puffery. Later in the episode, they are joined by their colleague Eric Unis to judge the Battle Royale of Puffery: each host presents cases that illustrate various types of this practice. Tune in to hear which of our hosts has the best examples of puffery in the universe!