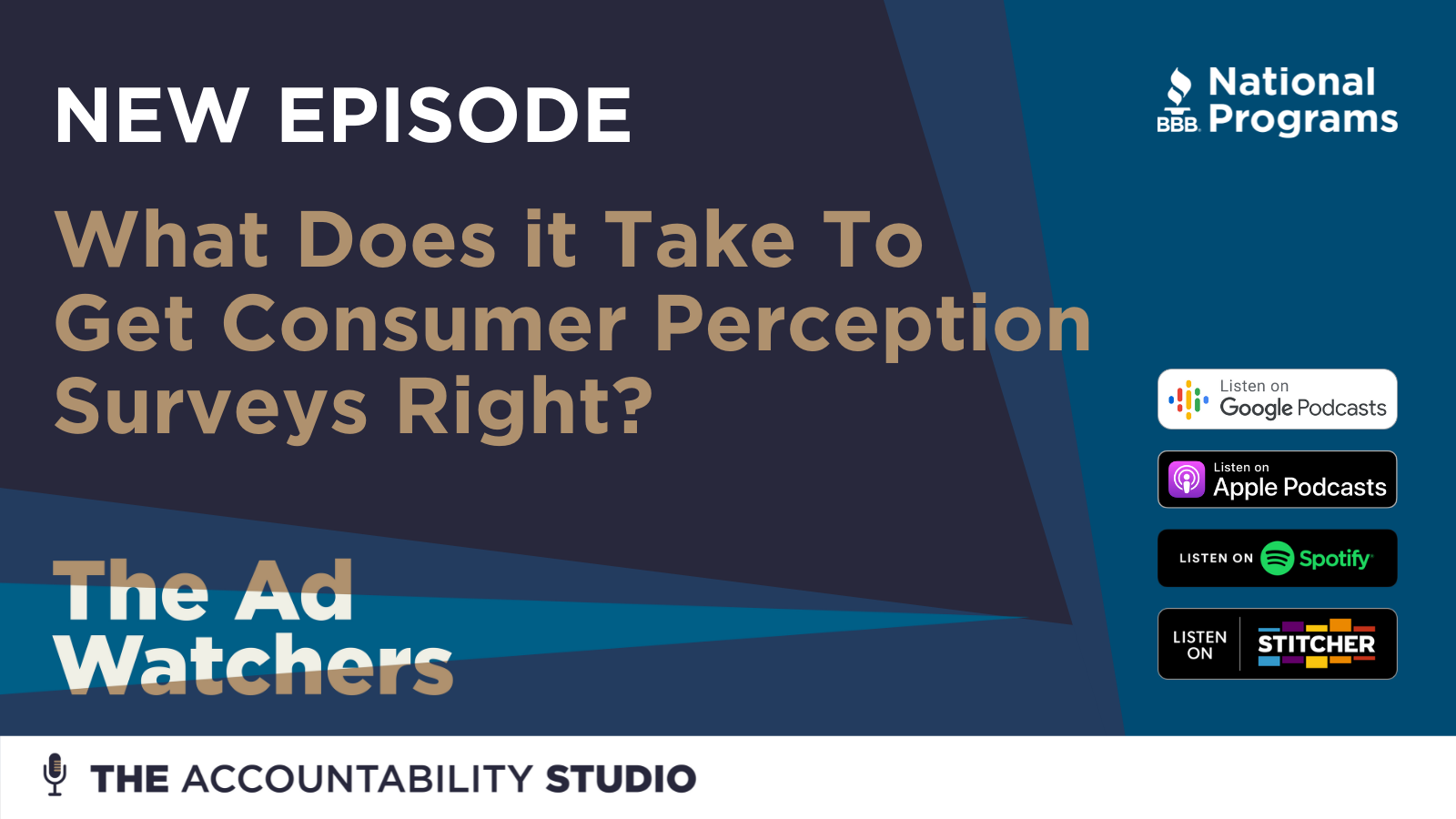 Ad Watchers season two is underway. In this second episode of the season, hosts La Toya and Eric are joined by a special guest, Professor Joel Steckel. Professor Steckel is a Marketing Professor at the Stern School of Business at New York University and the Vice Dean for Doctoral Education. He joins in on a dynamic conversation centered on consumer perception surveys. In season one’s episode, “What Does it Mean to Have a “Reasonable Basis” Standard,” your hosts promised loyal listeners a conversation addressing reliable consumer surveys.

La Toya and Eric fulfill this promise by beginning their discussions with a definition and intended purpose of consumer perception surveys. La Toya mentions that companies often decide to conduct this particular survey for ad development purposes. Advertisers seek to identify the appropriate messages conveyed by proposed ads via consumer perception survey results. A word of advice shared by La Toya, “It’s a good thing to do even before you get caught up in a NAD challenge or litigation .”

Eric then moves the conversation into survey design basics. He warns that the National Advertising Divison (NAD) examines the survey design with a critical eye as it is considered evidence. Flaws found in the design deem the survey unreliable. Therefore NAD won’t credit it.

Moving on from design, the hosts provide a rundown of other items NAD frequently looks for when reviewing cases involving consumer perception surveys. They begin with the survey should represent an appropriate universe sample. The questionnaire should also be well designed to ensure instructions and questions are not leading. NAD also reviews for the proper control cell and data analysis. The control is used to mimic a test ad that excludes the hypothesized message conveyed. Also, how the survey data is analyzed matters, and responses must be coded appropriately.

He also provides further insights on La Toya and Eric’s points shared at the beginning of the episode. Professor Steckel contributes the following points on each:

La Toya leaves listeners with this final note, “Every part of your survey needs to be backed up by objective evidence. This is the correct way to test the hypothesis. It’s not just what one expert thinks is correct. It’s what the field would believe is appropriate.”

Don’t forget to tune in next month when Ad Watchers tackles cosmetic advertising.

Tune into the full episode here.