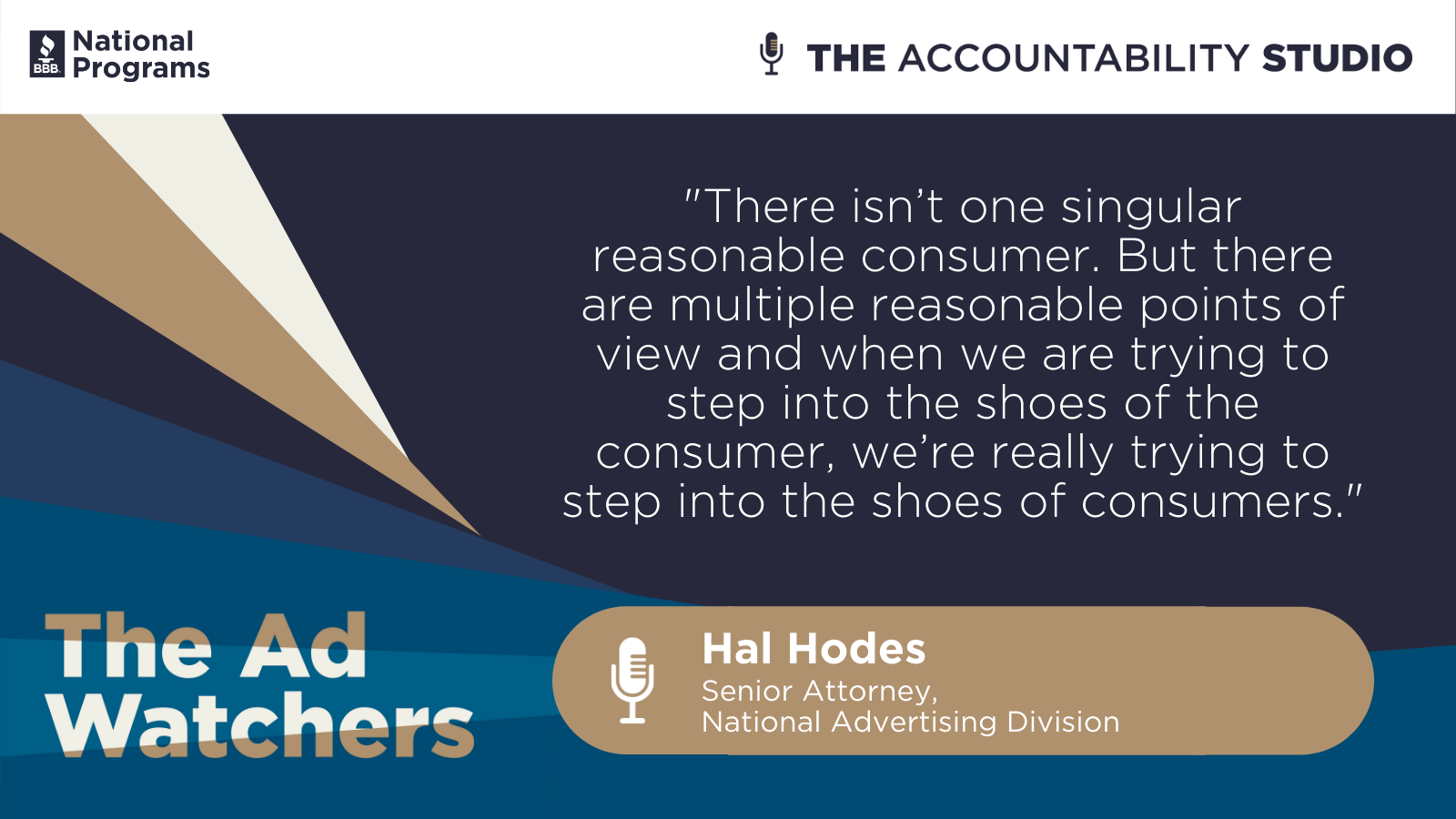 Hosts La Toya Sutton and Hal Hodes discuss the various types of messages conveyed through ads. During this conversation, Professor Margaret C. Campbell of the University of California Riverside joins them to share insights into how consumers take in and understand advertisements.

As La Toya shares, “advertisers are required to have a reasonable basis for all messages that are conveyed in their advertising.” This requirement is noted in the Federal Trade Commission’s 1983 Policy statement on deception and cited in numerous National Advertising Division (NAD) cases.

As the conversation continues, they walk through the steps they take at the NAD when they are deciding what messages are reasonably conveyed.

Along with always looking at the advertisement in context to understand what the consumer is taking away, in cases where there is no survey evidence, Hal and La Toya explained that the NAD will “step into the shoes of the consumer.”

What this means is that they step back and personally dissociate themselves to look at the claim from a broader perspective. This approach helps them determine what range of messages could be reasonably conveyed to the audience.

When NAD does this exercise, they keep the following two considerations in mind.

Following their initial discussion of how they approach understanding the expressed and implied messages in advertisements, they were joined by Professor Campbell.

After introducing her experience, research, and expertise surrounding how consumers interpret advertising messages, the professor answered the following questions and more.

After the interview ended, Hal and La Toya concluded the episode by noting a few of their favorite points Professor Campbell discussed. La Toya emphasized the importance of recognizing that “if you’re telling a consumer something in an advertisement, it’s understood that you’re telling them that because it’s relevant to the audience.” Additionally, they encouraged advertisers to take a step back and try viewing their ads through the eyes of the reasonable consumer.